Bureau Practices Team Rankings and Awards Contacts +7 (495) 23-23-610
Ru En
Team
Ruslan Zakalyuzhnyy
Senior Partner
CONTACT A LAWYER
Ruslan Zakalyuzhnyy is one of the recognized leaders in the field of criminal and criminal procedural law in Russia.

He has received professional recognition both in Russia and abroad and is highly ranked among legal professionals in the field. 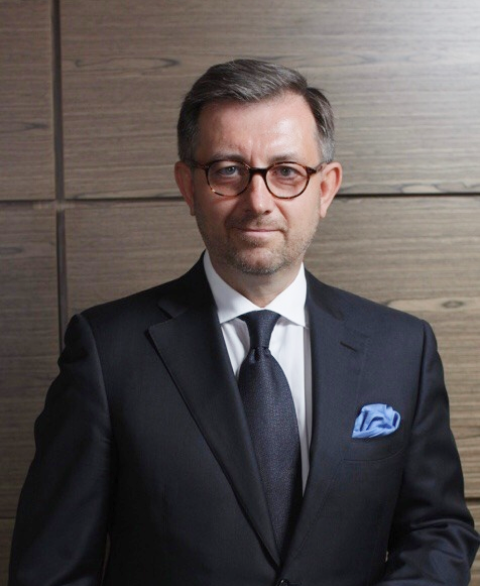 DOWNLOAD CV
"Ruslan Zakalyuzhny is a master of judicial debate".
The Legal 500 EMEA, 2020
Basic Facts
Member of the Moscow Bar Association.
Vice-President of Moscow Lawyers Club.
Vice-president of the Moscow Bar Association.
Born in 1967.
Ruslan completed his legal education in 1989, graduating from the Faculty of Law at the Military Institute of the USSR Ministry of defense (Military University).
For over a decade he served in the military prosecutor's office.
Ruslan has an extensive experience in investigative work.
Since 2002 he has been practicing as a defence attorney.
By the completion of his service, he was stationed in the main military prosecutor's office, with a rank of Lieutenant Colonel of Justice in Reserve.
Areas of Practice
White collar defence
Criminal court proceedings and jury trials
Financial crimes
Official malfeasance
Industry Experience
Construction and Real Estate Development
Trade
Banking and Finance
IT
Agriculture
Work Experience
Defence of Accused Persons
– defense of the Chairman of the State Council of large Russian region. The Court acquitted the defendant of criminal collusion and bribery charges. A minimum sentence was imposed and the client was immediately released for previous time served;

– defense of the alleged organizer of large-scale theft ring involving the use of malicious software at a gas station chain in the North Caucasus Region;

– defense of the former First Deputy Federal Minister, who was accused of fraud in connection to the allegedly illegal appointment of the governor;

– representation of the head general contractor of a large Russian oil and gas company responsible for the construction and operation of a railway line to the Yamal Peninsula. The client was accused of embezzlement and money laundering in an amount exceeding 800 million rubles;

– defense of a large construction company which served as contractor for the construction of the new Russian cosmodrome "Vostochny". The court reduced the charges from more serious crimes to entrepreneurial embezzlement, as well as significantly shortening the sentence, which led to the immediate release of the client;

– co-counsel in the defense of the former head of the largest energy company in Russia. The accused was released from custody, the original charges were dropped, and the case was dismissed under amnesty;

– defended the Minister of State Property and Land Relations for the Russian Federation. The defendants received suspended sentences;

– defense of the co-owners of a large real estate development firm, who were accused by the FSB of kidnapping. Acquitted by a jury;

– represented one of the defendants in a case allegedly involving the attempted murder of the CEO of a major Russian energy company. The accused was acquitted twice by a jury in two consecutive jury trials;

– represented one of the defendants in a case involving the murder of the chief editor of the Russian edition of a well-known American magazine. The defendant was acquitted by a jury.